Federal Reserve Chairman Jerome Powell’s testimony on the economy and monetary policy is the most important event risk this week. The Fed’s semi-annual report to Congress is always a key focus but this week’s speech carries even greater significance because it will be Powell’s first as the head of the most influential central bank in the world. 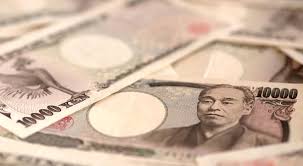 Stocks traded sharply higher in anticipation of optimistic comments with the Dow Jones Industrial Average rising more than 350 points but currency traders aren’t as enthusiastic as they appear to be holding off buying USD/JPY until Powell speaks. There are 3 distinct ways that Powell’s speech could affect the dollar.

The biggest impact on the FX market would be if Powell laid the groundwork for a March hike by specifying that rates need to increase quickly and could rise 3 to 4 times this year. With Fed Fund futures pricing in 100% chance of a hike next month, none of this would be new but given the dollar’s relatively weak performance in early 2018, unambiguously hawkish comments could drive the greenback sharply higher and take USD/JPY to 108. The dollar could also march higher if Powell highlights the improvements in the economy and the need for further rate hikes without specifying how many rounds although in this case, trading could be choppy and the dollar’s gains could be limited to USD/JPY. However if the tone of Powell’s speech is cautious and he believes inflation or productivity is low, USD/JPY will drop to 106.

Technically, USD/JPY is in a downtrend but it has also closed above the first standard deviation Bollinger Band. We believe that the pair will rally, finding its way back above 107 during the Asian and European trading sessions and possibly extending as high as 108 if Powell is hawkish.

The Bulls Showed Signs On Friday That They Might Be Running Out Of Gas
Margin Debt: A Variety Of Measures Suggest Caution
EC Median Income Finally Recovers To Pre-Great Re...