The Nasdaq 100 was initially bullish during the week, and then got slammed on Wednesday and Thursday. However, we bounced enough to show resiliency on Friday, and I think this shows more of the same: resiliency in a market that is continuing to benefit from a handful of large stocks. Because of this, I think the pullbacks continue to be buying opportunities if we can stay above the 5700 level. 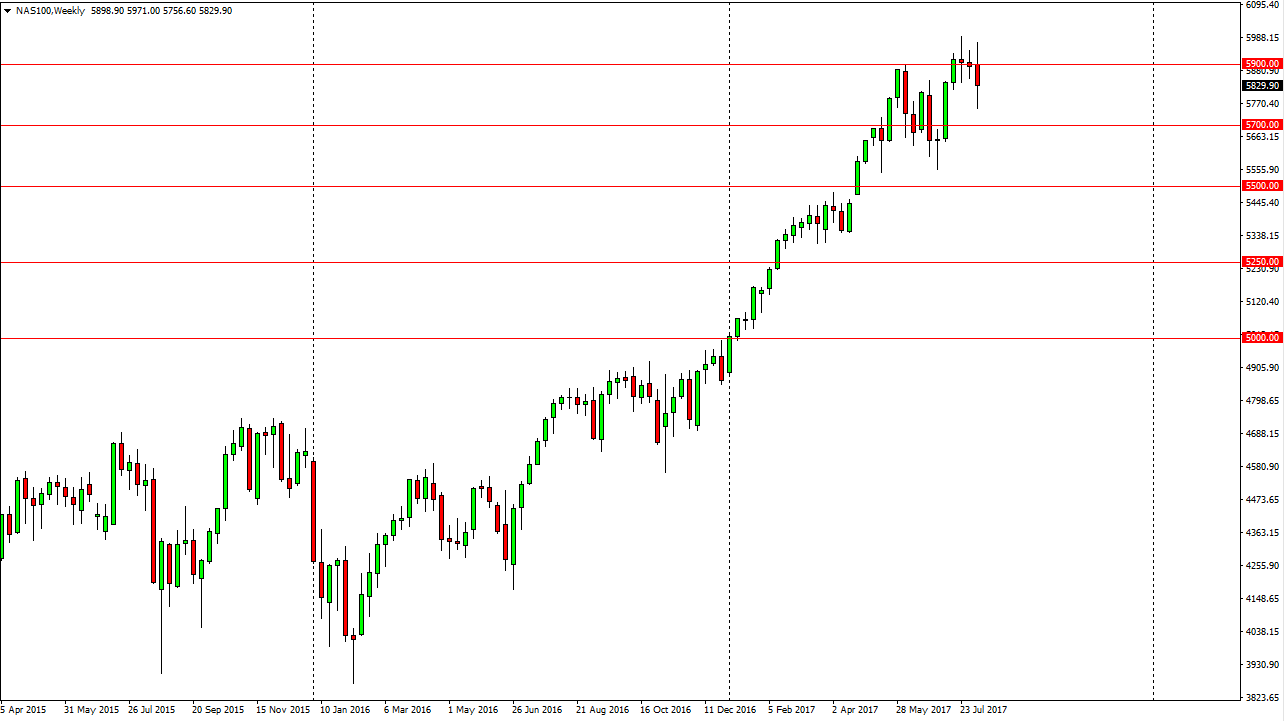 This is a market that is driven by one thing only: twitter. What I mean by this is the argument between the United States and North Korea. Because of this, we have approached the top of the recent consolidation, and I see the $1300 level as massive resistance. If we break above there, this market goes higher. Otherwise, I think we will see some exhaustion and the gold market roll over and back towards the $1275 level. 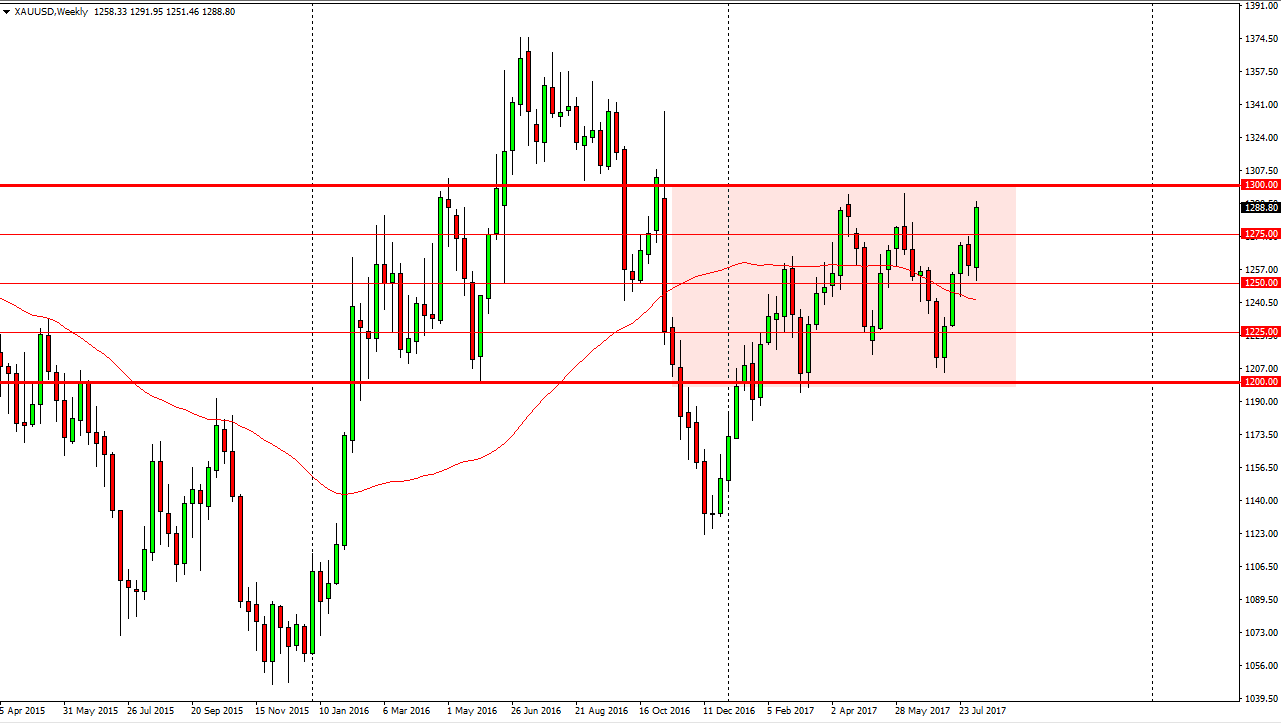 The New Zealand dollar had a negative week, but did see some resiliency on Friday. By breaking back above the 0.73 level, I think that this market is probably going to try to bounce from here, and go looking towards the 0.75 level. The “risk off” trade due to hostilities between the United States and North Korea has been a bit over exaggerated, and we had found plenty of support exactly where you would expect to see it. 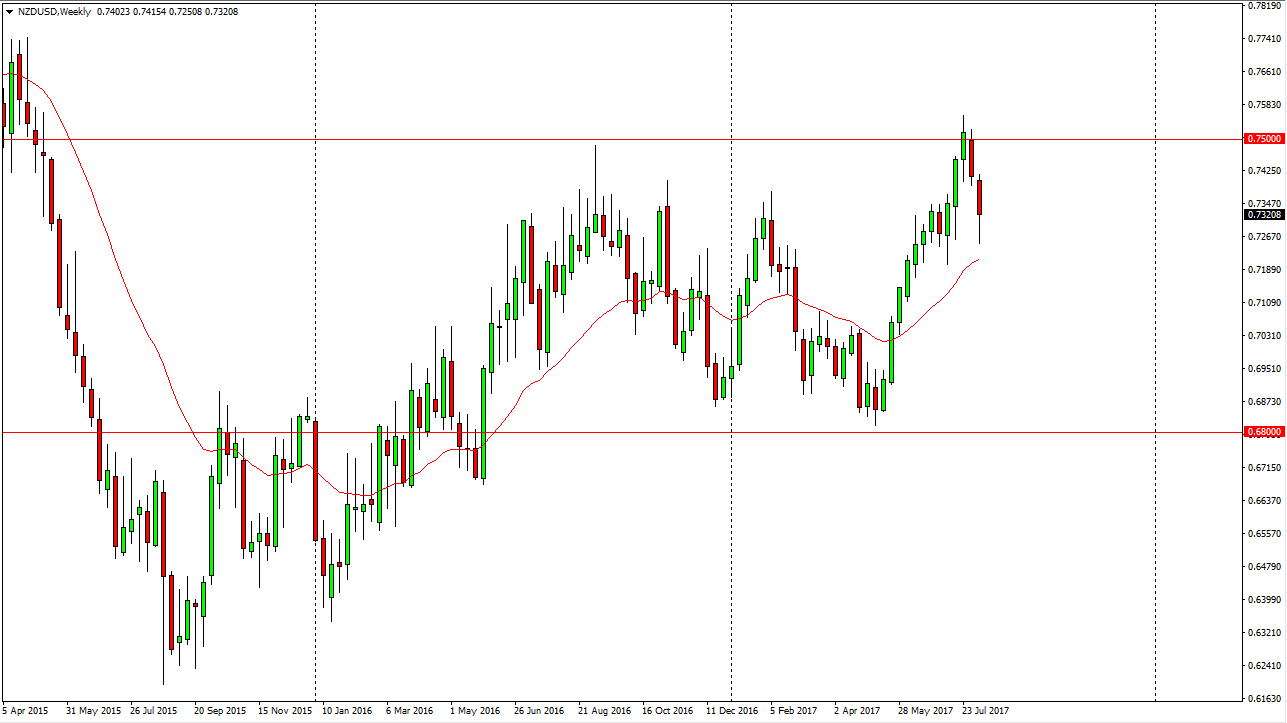 The US dollar initially broke above the 1.27 level but turned around almost completely on Friday. By doing so, we had formed a shooting star. I think this week sees a pullback in this market, but the underlying uptrend line underneath could be the pair saving grace. I expect a pullback, but I also expect buyers to be involved in this market at lower levels. 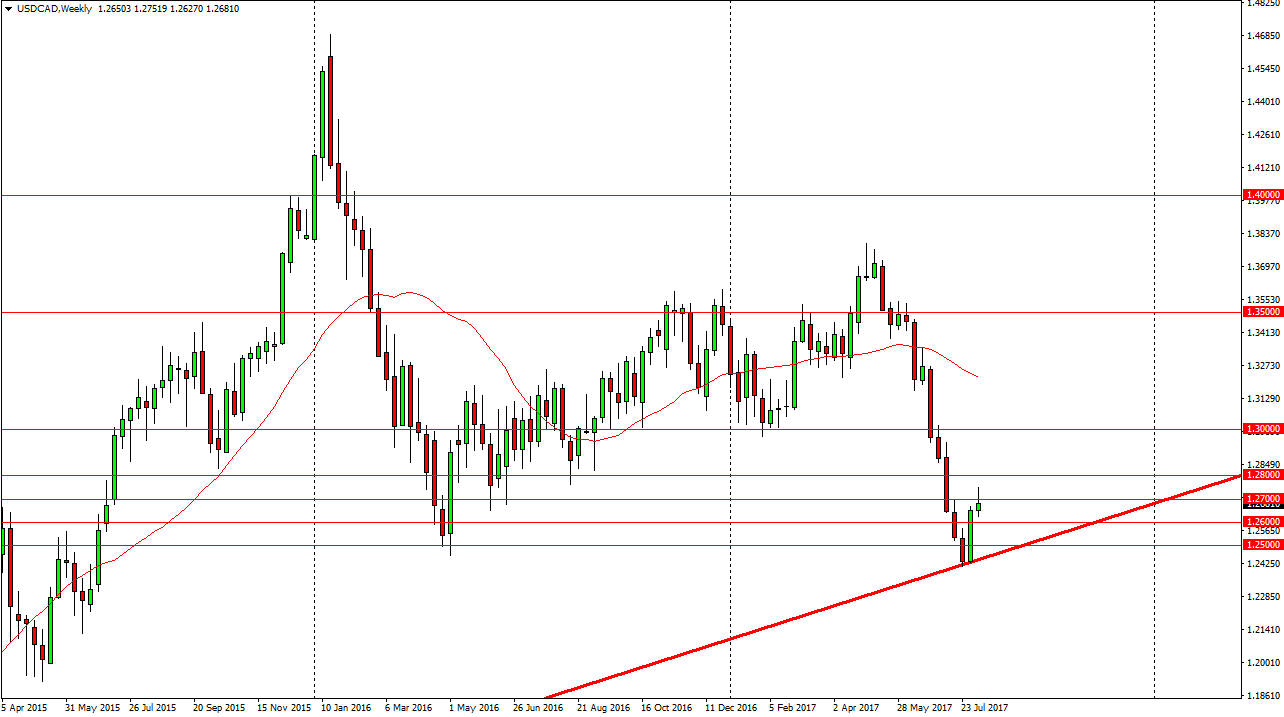