The Next Bear Market May Have Already Begun…

Home » Finance » The Next Bear Market May Have Already Begun…

We spent a pleasant weekend back in the old country – Ireland.

It rained almost the whole time. But life in the pubs was bright and cheery.

We are renovating a handsome, but derelict, old mansion in County Waterford on the southeast coast. It will be our new European headquarters. 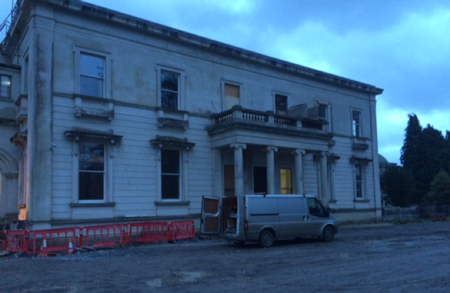 Woodlock House, as it’s called, was once the residence of the Malcomson family – a prosperous clan of Irish Quaker cotton merchants.

Alas, the family threw its lot in with the South in the War Between the States. When the South lost, the Malcomsons found themselves with a big stack of Confederate notes… and never recovered.

But back to more recent developments…

Mario “Whatever It Takes” Draghi came back strong on Friday. After disappointing investors on Thursday with limp and irresolute measures to juice up asset prices, the European Central Bank’s head honcho made it clear he would not be held back by common sense, sensible theory, or the cumulative experience of generations of central bankers.

Barron’s has the report:

Draghi dismissed speculation that dissent among the ECB’s governing council (notably from the Germans) kept him from taking more forceful action.

Dissent is normal at central banks, including the Fed, but he added that lack of unanimity isn’t a constraint on his decisions. Neither is the size of the ECB balance sheet, which can be expanded as needed to meet its objectives.

Why losing buying power is a worthy goal for a nation’s money has never been fully explained. Nor has it been demonstrated – either in practice or in Ph.D. theses – that buying crummy debts from banks at above-market prices (aka QE) is an effective way to boost consumer prices.