If anybody thought Apple’s (AAPL) $1 billion lawsuit against Qualcomm (QCOM) was PR a stunt, its current move might throw cold water on that thesis. Wednesday Apple sued Qualcomm in Beijing for 1 billion yuan for abusing its clout:

Apple Inc filed a lawsuit against Qualcomm Inc in Beijing, alleging that the chip supplier abused its clout in the chip industry and seeking 1 billion yuan ($145.32 million) in damages, Beijing’s Intellectual Property Court said in a statement on Wednesday. 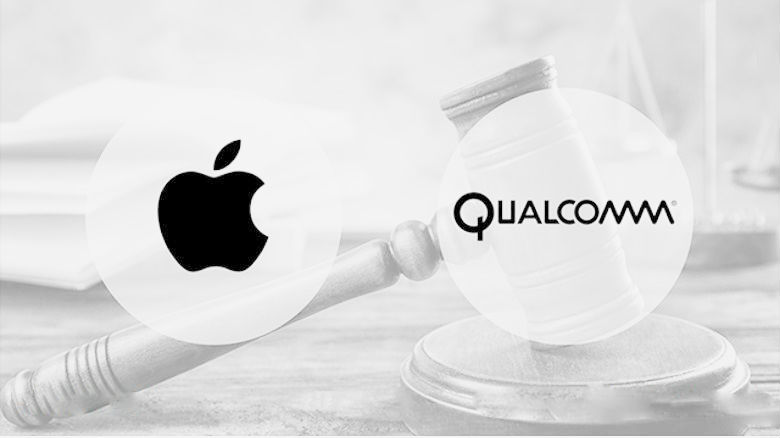 QCOM investors seemed unfazed by the lawsuit, bidding the stock up nearly 2% heading into earnings. Last week Apple made its war with Qualcomm official, suing the chip giant for $1 billion for charging excessive licensing fees. Refusing to take the slight lying down, Qualcomm threatened a countersuit. It is difficult to predict what ruling would come out a court of law. What is certain however, is that regulatory bodies in South Korea, the U.S. and the E.U. are all investigating alleged abusive business practices by Qualcomm.

Two years ago Qualcomm settled anti-monopoly charges with China’s National Development and Reform Commission (“NDRC). The company paid a fine of $975 million and agreed to charge royalty rates of 5% and 3.5% for 3G and 4G devices, respectively. Per the Financial Times, the royalty base in which the licenses are charged declined from 100% of the net sale price to 65%. In effect, Qualcomm’s royalty fees received a 35% haircut.

In my opinion, suing Qualcomm in China for claims similar to those previously made by the NDRC could be a smart move. The claim could be viewed more favorable by Chinese courts. A favorable ruling in China could pressure regulatory bodies in the U.S. and/or other jurisdictions. Who is to say that other leading smartphone manufacturers — Samsung (SSNLF) for instance — do not file similar charges against Qualcomm? It could be difficult to argue that non-Chinese smartphone manufacturers should pay higher royalty rates in China vis-a-vis local firms.