Is The U.S. Workforce At Full Recovery?

Home » Finance » Is The U.S. Workforce At Full Recovery?

We’ve updated our monthly workforce analysis to include last week’s Employment Report for June. The unemployment rate ticked back up from 4.3% to 4.4%, and the number of new nonfarm jobs (a relatively volatile number subject to extensive revisions) surprised forecasts at 222K.

The closely watched headline unemployment rate is a calculation of the percentage of the Civilian Labor Force, age 16 and older, that is currently unemployed. Let’s put this metric into its historical context. The first chart below illustrates this monthly data point since 1990. 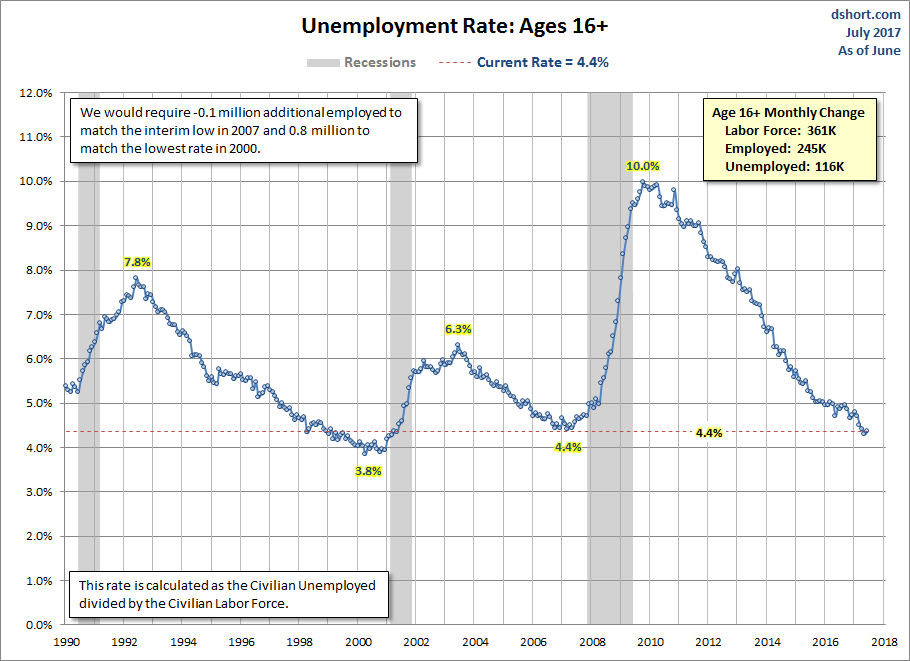 Unemployment in the Prime Age Group

Let’s look at the same statistic for the core workforce, ages 25-54. This cohort leaves out the employment volatility of the high-school and college years, the lower employment of the retirement years and also the age 55-64 decade when many in the workforce begin transitioning to retirement … for example, two income households that downsize into one-income households.