Chart Of The Week: Another Compelling Note Of Caution

Home » Finance » Chart Of The Week: Another Compelling Note Of Caution

Leveraged loan prices and WTI tracked each other pretty well during the “rising dollar”, unsurprising given that the oil sector was over-represented in most new deals as the one truly booming part of the domestic US economy. That was the case on the rebound, too, where leveraged loan prices rose at the same time oil prices did. And then both started falling again earlier this year in March.

Only leveraged loan prices continued to fall, diverging noticeably from WTI in June/July. With prices still almost two years after the bottom significantly less than before the “rising dollar”, it’s an unmistakable note of caution amplified in the diverging trend recently from oil (indicating broader risk concerns than just US shale producers).

It’s a gentle downturn in prices at this point, but a persistent one (eight months so far). The last time this leveraged loan price index diverged so much from WTI? Summer 2013. 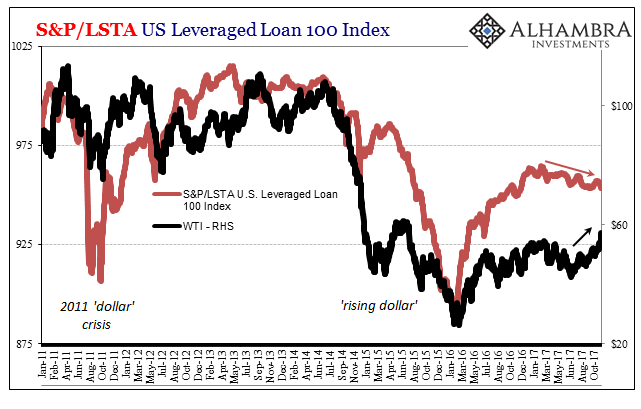 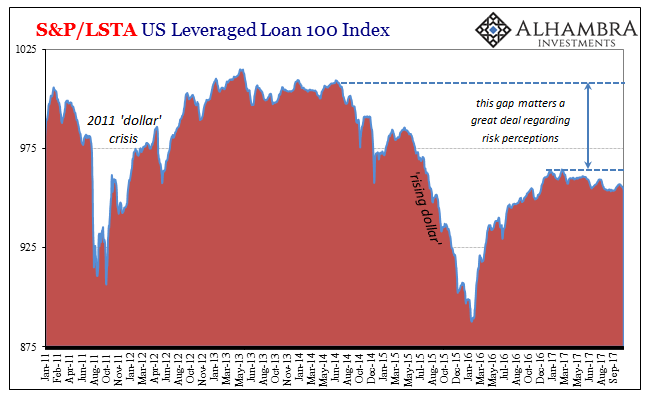 GoPro Upgraded To Neutral From Sell At Goldman Sachs
Leon Cooperman: 5 Reasons To Be Bullish
The Stock Whisper Of The Day: EMC, YHOO, EEM, GM, MU