The Effects Of Fees On Investment Returns

Home » Finance » The Effects Of Fees On Investment Returns

The median price of a home in the United States was recently reported by the U.S. Census Bureau to be $319,700 (including the land on which the home sits).

So what exactly does this number have to do with investment returns? It’s actually less than the total amount you could be losing to investment fees over time.

Let’s take a look at an investor who pays a 1.0% annual fee and one who pays a 3.0% annual fee. While the differences between these two fees may sounds trivial, the impact over time can add up to $400,000 – which is more than $80,000 over that median home price.

Even a 1% difference (i.e., 2.0% vs. 1.0%) can cost an investor an extra $240,000 in fees over the full time horizon. What’s more, that doesn’t fully capture the amount the investor loses in total return. Because fees are taken out along the way, that money doesn’t have time to grow and compound.

The Total Amount an Investor Can Lose

To make it easier to visualize, the following table illustrates the hypothetical dollar amount of fees paid by an investor. It’s based on an investor beginning contributions of $18,000 to a 401k at the age of 21. Those contributions increase by 2% every year thereafter, and at the age of 50, the investor increases annual contributions by the “catch up” amount offered under current IRS guidelines (also adjusted for inflation). The investor then stops making contributions at age 65. We’ll assume annual returns are 6% and that fees – as a percent of assets – remain level throughout. 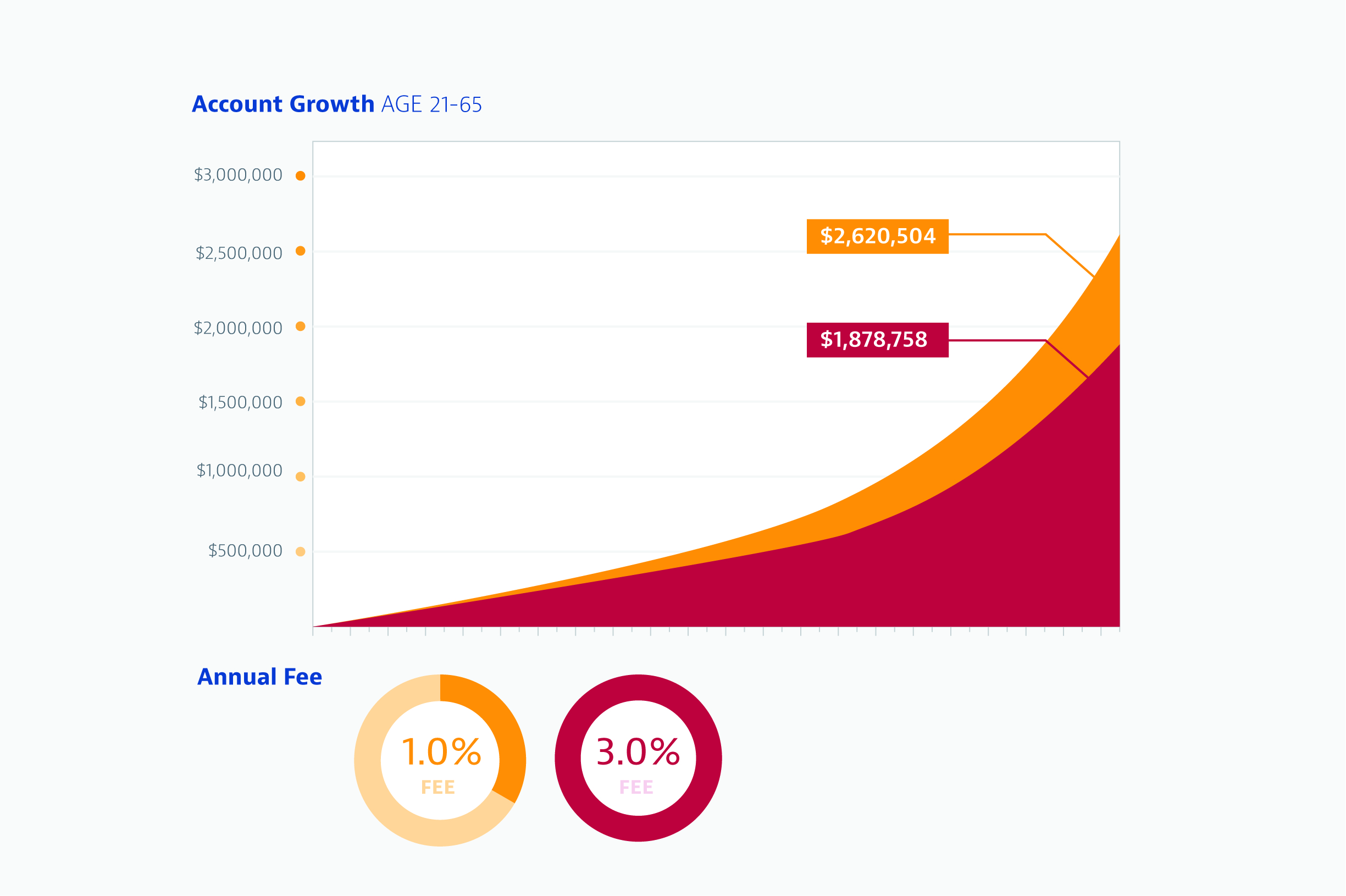 Based on these characteristics, the total amount an investor loses at 3% fee vs. 1% fee – including both fees and foregone returns – is more than $740,000. That’s more than two homes in the United States at the median price!

We recently commissioned a poll by Harris Poll that found that 32% of respondents viewed higher fees for investment accounts as a price to pay for higher returns. However, most academic studies show that professional investors as a group actually don’t outperform broad market indices over long time horizons.

Restaurant Bubble? Shake Shack Has Two Locations At One Mall
Worrying About The Yield Spread
The Stock Whisper Of The Day: EMC, YHOO, EEM, GM, MU