The oil price plunge has brought out bears not seen since the darkest days of the 2008 financial crisis. But are the bears on to something? Or are they overreacting to the current circumstances in the oil market? 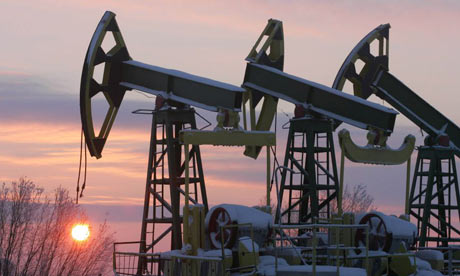 I think it’s always best to gather insight from those with a lifetime of experience.

Here are some thoughts from the top five most-respected voices in the industry:

1. T. Boone Pickens: He’s been in the industry for about 50 years, and recently told MarketWatch, “You can’t imagine how many of these cycles I’ve seen and endured.” Pickens believes Saudi Arabia will eventually give in and cut its production, allowing oil to rebound swiftly. He predicts oil will be trading at $100 a barrel again within the next 12 to 18 months.

2. Daniel Yergin: Yergin is a noted writer respected for his views on energy and is Vice Chairman of the information and analytics firm IHS. He believes the focus of the market is no longer on the demand side of the equation, but on the supply side, boosted by surging U.S. output. Yergin forecasts the turmoil in oil prices to continue, with no quick solution to surging supply.

3. Ed Yardeni: A famed economist and founder of Yardeni Research, Yardeni is in agreement with Yergin. He’s calling this period a “Clash of the Titans,” referring to Saudi Arabia and the United States. Yardeni says OPEC is following its current strategy because “the Federal Reserve of the oil market” – as Yardeni calls OPEC – has been marginalized by the United States and is trying to re-assert its dominance.

4. Frank Holmes: The CEO of the mutual fund company U.S. Global Investors (GROW), Holmes, along with portfolio manager Brian Hicks, believes oil prices will revert to the mean. They expect oil to move toward the equilibrium price of between $80 and $85 a barrel in 2015.

5. Karim Rahemtulla:
Wall Street Daily’s own Chief Resource Analyst doesn’t believe the price drop will last long because rising demand is still there. Rahemtulla thinks the current surplus will be sopped up by the Chinese and others at bargain prices, and that we won’t reach $30 or $40 per barrel. He also believes people buying those puts are overreacting to the current situation. Rahemtulla says that many OPEC members need oil prices to be at least $90 a barrel in order to avoid incurring massive debt, while others (like Saudi Arabia) need to keep spending high to quiet unrest.