These Are The 50 “Most Hated” NYSE And Nasdaq Stocks

While many will debate if the S&P500 correction “scare” bottomed in late September, and as a result of another round of abysmal economic data, and a historic short squeeze, the lows for the summer swoon are now in as a Fed rate hike has been all but written off and “hope” for more central bank intervention is back on the table, one thing is clear: for a brief moment good news was good news, and bad news was bed news as the role of the suddenly discredited Fed seemed disturbingly fleeting, and stocks were evaluated on a metric they have not been held accountable to for a long time: their own fundamental merit.

As such, the dramatic moves in the second half of September briefly removed the opium clouds built up from seven years inhaling excess liquidity vapors, and presented a sober and untainted look at the true fundamental situation.

This is why we were curious to observe what the traditionally far more rational, and skeptical, bearish community had to say about the real “quality” of the worst stocks on both the NYSE and the Nasdaq in those two brief weeks when things seemed to be getting back to normal: the stocks which if and when the Fed does lose control, would be the first to “go.”

To do that, we pulled the Factset data listing the 50 “most hated” names on the two exchanges, as ranked by short interest as a % of total float.

Here are the answers, starting with the 50 most hated NYSE stocks… 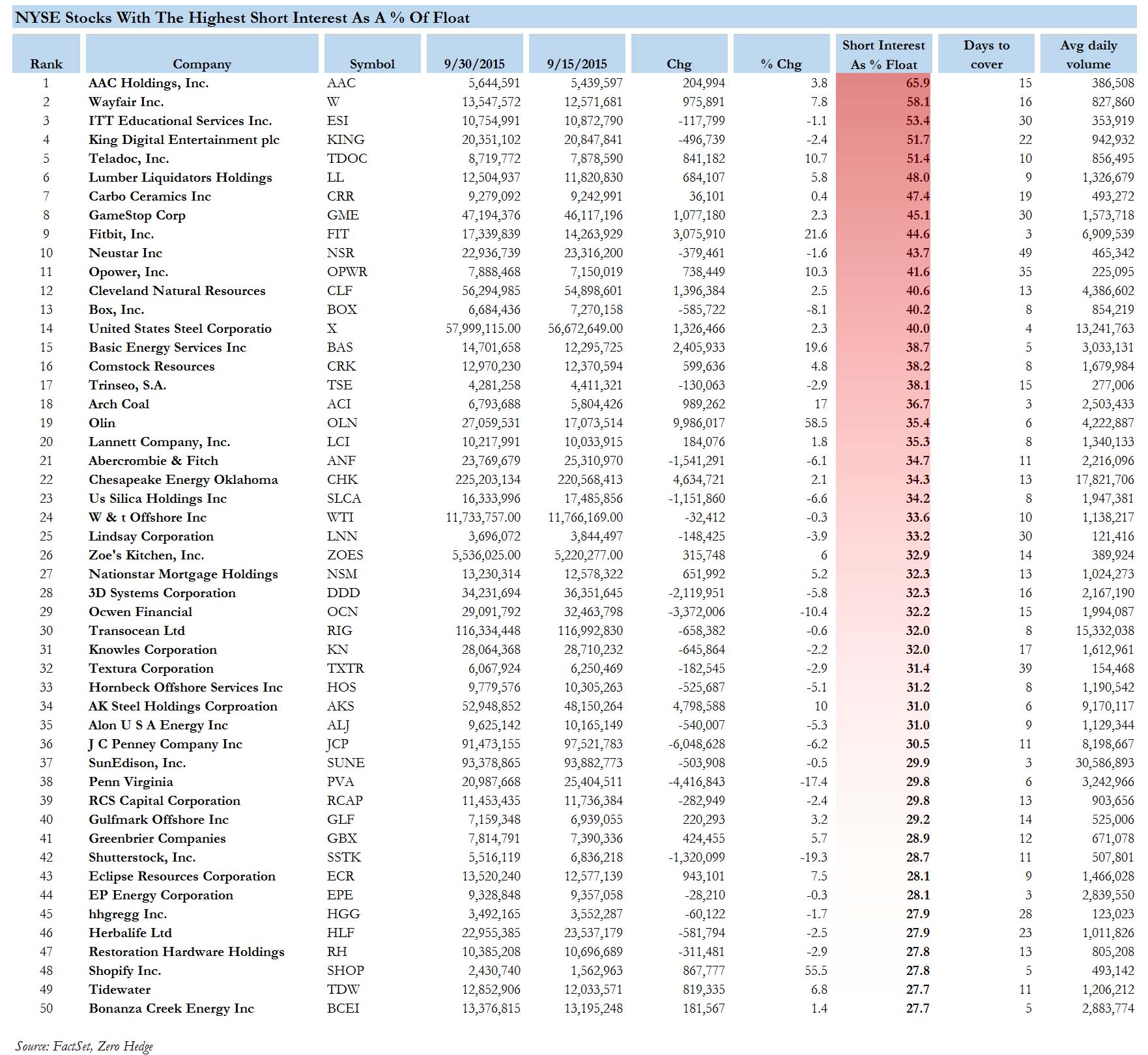 … and the 50 most hated Nasdaq stocks. 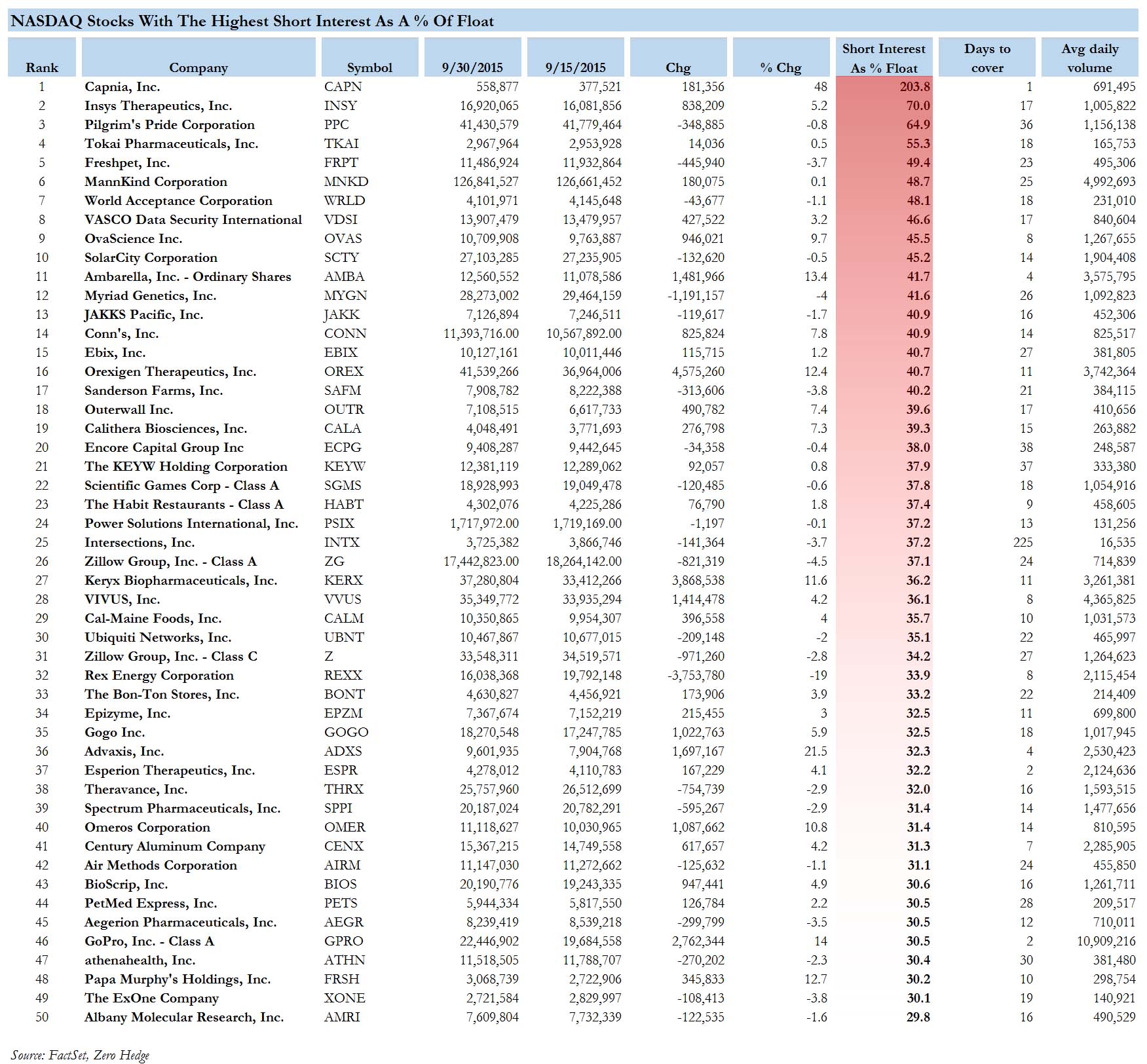 And incidentally, those still unconvinced that the move in the past two weeks has been entirely on the back of squeezed shorts, here is one relevant data point: in the two weeks ended Sept 30, the biggest increase in absolute short interest, rising by a whopping 180% or 1.3 million shares to 2.1 million, was none other than the ProShares Ultra S&P500 ETF. It is safe to say that all those shorts have now been wiped out.

Balance Of Trade Deficit Near Expectations: Analyzing The Impact On Second Quarter GDP
Real Estate Sector On The Verge Of A Correction
Gold Market Update