Shares of Mylan (MYL) are soaring after the company announced that the Food and Drug Administration had approved its generic version of Teva Pharmaceutical’s (TEVA) multiple sclerosis treatment Copaxone. The news sent both Teva and generic competitor Momenta Pharmaceuticals (MNTA) into negative territory. 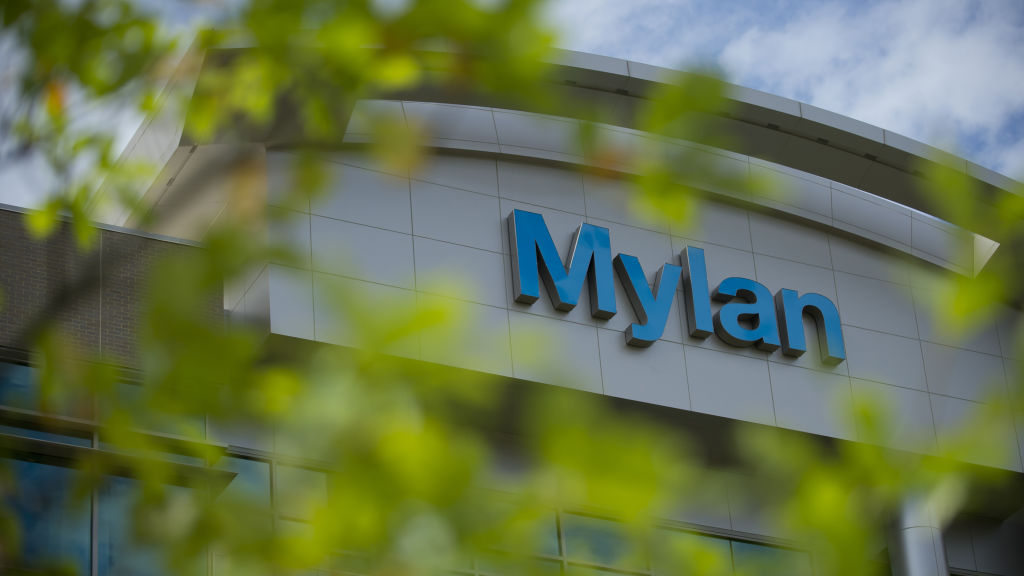 COPAXONE GENERIC APPROVAL: Mylan has announced that the FDA has approved Mylan’s Abbreviated New Drug Applications for Glatiramer Acetate Injection 40mg/mL for 3-times-a-week injection and Glatiramer Acetate Injection 20mg/mL for once-daily injection. These are substitutable generic versions of Teva’s Copaxone 40mg/mL and Copaxone 20mg/mL, which are indicated for the treatment of patients with relapsing forms of multiple sclerosis. Mylan will begin shipping imminently. Commenting on the news, Teva said that any launch by Mylan of a generic version of Copaxone 40mg/mL prior to final resolution of the pending patent appeals and other patent litigation should be considered an “at-risk” launch, which could subject Mylan to significant damages among other remedies.

‘BIG WIN’ FOR MYLAN: Wells Fargo analyst David Maris told investors that he sees this is a “big win” for Mylan, as Copaxone is an approximately $3.4B brand in the U.S., with sales last quarter of approximately $843M. Under an optimistic case, at a 40% discount Mylan may secure 40% share of the 40mg market, Maris contended, which would mean generic Copaxone sales for Mylan could be approximately $172M per quarter from Copaxone 40mg while it is alone in the market. Further, the analyst estimates that at this level, generic Copaxone 40mg could contribute approximately 13c in earnings per share per quarter. The analyst has a Market Perform rating and $32 price target on Mylan’s shares. Meanwhile, his peer at BTIG told investors in a research note of his own that he believes the company gaining approval on both strengths of Copaxone not only validates Mylan’s core competency as a premier generics company, it also provides an important signal to investors that “one can simply never count out Mylan,” especially regarding complex generic products. Analyst Timothy Chiang estimates that Mylan could obtain up to $450M of sales from its generic version of Teva’s Copaxone in the first year in which it is marketed, and raised his price target on the shares to $45 from $42, while reiterating a Buy rating on the stock.

Will Corporate Bonds Cross Over?
Markets Had Been Obedient, Until Today
Asset Flows And Hedge Fund Crowding