The US economy is on track for a modest rebound in the fourth quarter, according to GDP projections from several sources. Although it’s still early for developing robust estimates for Q4, most economists are looking for improvement over Q3’s tepid 1.5% rise in GDP (seasonally adjusted annual rate).

The Capital Spectator’s average estimate via several econometric forecasts currently anticipates a 2.0% advance for the government’s preliminary Q4 report that’s scheduled for release at the end of January. The prediction is near the low end of projections from other sources.

Among the higher estimates for Q4 at the moment is BMO Capital’s outlook for a 2.9% rise, which is close to a doubling of Q3’s pace. Meantime, the widely followed GDPNow model via the Atlanta Fed is looking for a 2.3% increase in GDP for this year’s final quarter (as of the Nov. 18 projection).

As for tomorrow’s revised data for Q3 GDP (due for release on Nov 24), Econoday.com’s consensus forecast sees the government boosting the growth rate to 2.1% from the previously reported 1.5% estimate.

Looking ahead, here’s a summary of Q4 estimates from various sources: 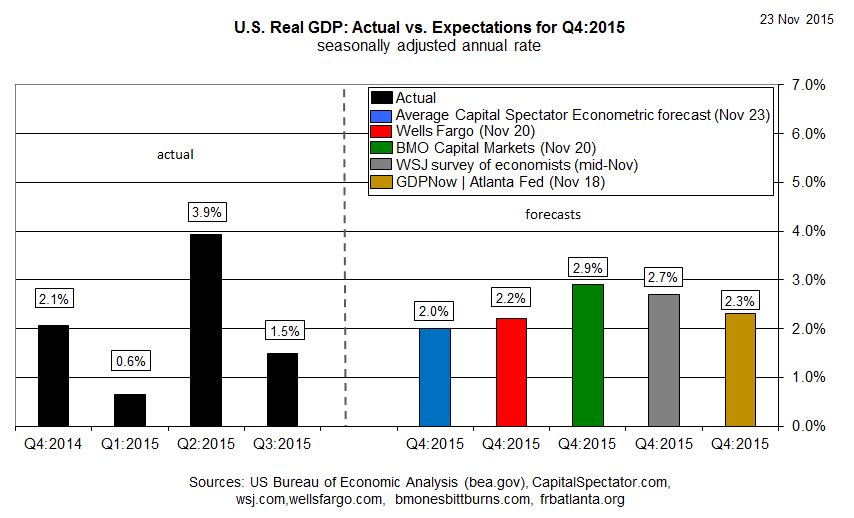 Here are the various forecasts that are used to calculate CapitalSpectator.com’s average estimate: 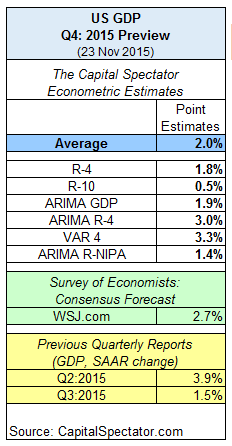 As updated estimates are published, based on incoming economic data, the chart below tracks the changes in the evolution of The Capital Spectator’s projections. 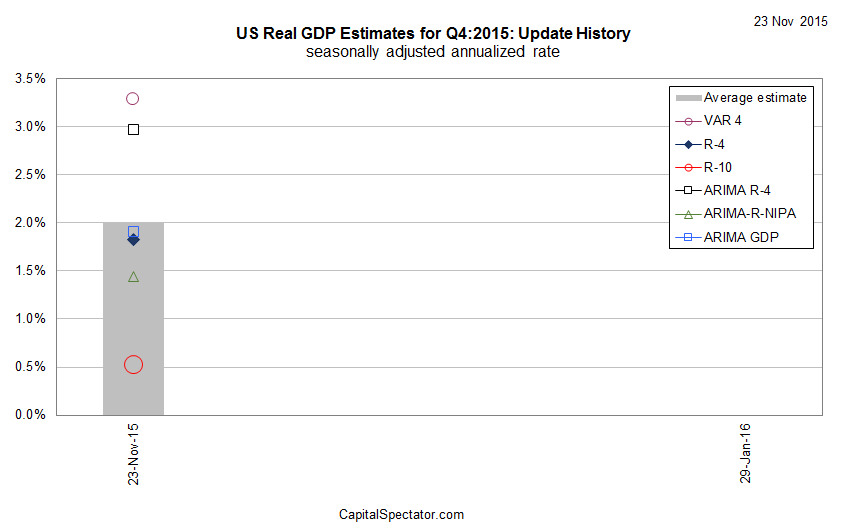 Finally, here’s a brief profile for each of The Capital Spectator’s GDP forecast methodologies:

R-4: This estimate is based on a multiple regression in R of historical GDP data vs. quarterly changes for four key economic indicators: real personal consumption expenditures (or real retail sales for the current month until the PCE report is published), real personal income less government transfers, industrial production, and private non-farm payrolls. The model estimates the statistical relationships from the early 1970’s to the present. The estimates are revised as new data is published.