Spain goes to the polls on December 20. The country’s political and economic dynamics are different than other EMU countries that have held elections this year. The economy is among the strongest performers in eurozone, though unemployment remains stubbornly high. 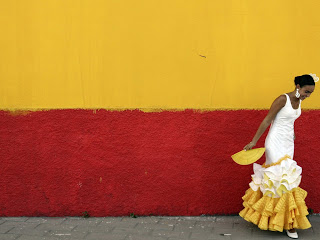 Today is the last day that election polls can be published.  El Pais and El Mundo papers published the results of surveys today. They confirm what many have come to expect. The ruling center-right Popular Party will remain the biggest party, but it will lose its majority.

While a similar result was seen recently in Portugal, Spain’s circumstances are different. In Portugal, the left of center parties succeeded in blocking the minority conservative government’s budget, and by doing so, succeeded in toppling it. It is more difficult, though not impossible to see this repeated in Spain.

In the 350-seat parliament, the PP currently has 186 seats.  El Pais shows this falling to 109.  El Munda has PP securing 114-119 seats. Ciudadanos, a centrist party that arose our of frustration over corruption allegations more than a policy disagreement with the PP, may win 60 seats according to El Pais, and 62-69 seats according to the El Mundo poll. The problem is that Ciudadanos has expressed reluctance to be in a coalition government with the PP. As its price for cooperation, it may insist on an alternative Prime Minister to Rajoy.

The El Pais survey found that main opposition party, the Socialists, set to lose 20 seats to 90. The El Mundo polls warns of a deeper loss. It projects the Socialists to win 76-81 seats. Podemos, which is the closest to Greece’s Syriza, is expected to pick up 60 seats (El Pais) with the risk to the downside (56-60 in the El Mundo survey).

It is possible that the Socialists lead a coalition with Ciudadanos and Podemos.  However, this does not seem the most likely scenario.  Assuming a PP-led government, there could be a relief rally, or at least better relative performance of Spain.  However, a center-left coalition, with potential compromises with the anti-austerity factions, could scare investors.