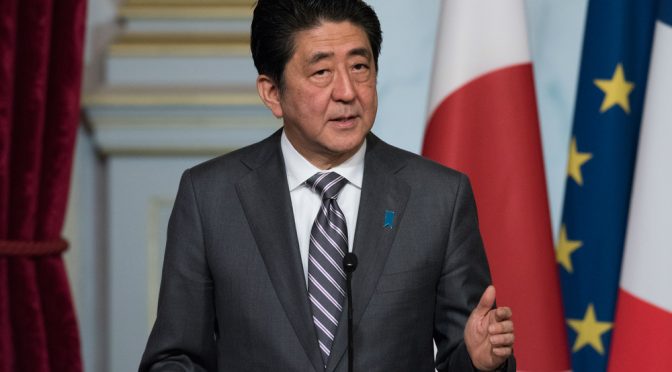 In what has become a strong theme in forex markets, political events are once again overshadowing basic economic drivers. Following the recent UK and German elections, attention has now shifted to Japan where the traditionally tame and uneventful political climate has been disrupted.

Last week Japanese Prime Minister Shinzo Abe officially called for a snap election on October 22nd, well ahead of the end of the Lower House’s four-year term in December 2018. The move is being viewed as an attempt by Abe to take advantage of his perceived popularity at this stage, as well as his opponents unpreparedness, and so extend his term in office.

Following a series of scandals, Abe’s popularity ratings had plunged below 30%. However, after a cabinet reshuffle over the summer, Abe’s image appeared to recover, and his ratings moved back up into the 50% range. Clearly Abe feels that while his popularity is rising again, now is the time to put the electorate on the spot and consolidate his support base.

The Party of Hope Emerges

However, the political climate was once again disrupted following the calling of the election as the governor of Tokyo, Yuriko Koike, announced she was forming a new party “The Party of Hope” to run in the elections. Koike is a former news anchor who has styled her political image as a conservative populist willing to take on the traditional forces in Japanese politics with her “tolerant, conservative reform party”.

Abe’s decision to call a snap election can also be seen as an attempt to force the Party of Hope to the polls before they have time to properly organise and arrange their candidates and to limit the potential for their support to grow. If Abe waited until the December deadline, there is a chance that Koike could have overtaken him in the polls.

The innovation equation
What Ethereum Is And What It Does
The Latest Deflation In The US, Europe, And Japan Reminds Us Why Stocks Globally Are So Vunerable