Good Leaders Never Want To Be On the Email Chain 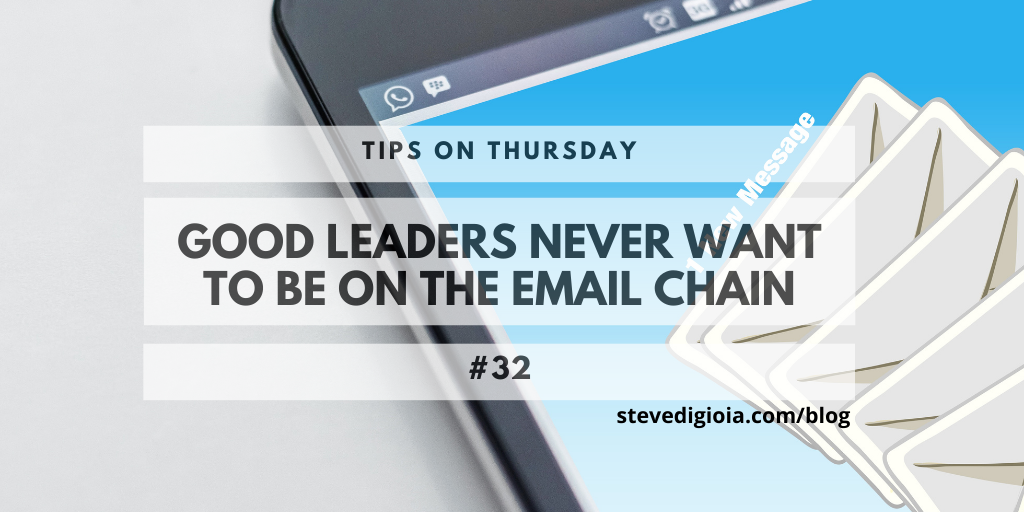 I once worked for a boss who led through intimidation. Whenever there was an issue to be resolved or a problem that’s taking longer than expected to figure out, he would say “Send (name) an email and “CC” me”.
He thought that, just because the boss was copied on the email, it would make the email recipient respond quicker and act on the request right away. But all it did was to tick-off the recipient who would always ask, “Why did you copy the boss on that email?”
This is not leadership; it’s a lack of leadership – and micromanaging too.

Intimidating Emails Never Work
Now, you’re left with a coworker that’s upset with you. This doesn’t solve anything. All it does is create another problem, and you still have the original issue to deal with. Now, they feel you went behind their back and “ratted” to the boss about them. How much cooperation do you think you’ll get from that coworker in the future? Probably, not much.
But the boss thinks he’s doing something good by helping to move the problem along. He thinks he did the right thing but that’s not the case at all. And that’s not what a true leader does.
As Simon Sinek says, “Leaders trust their employees to do their job as intended and don’t have to check in on them every chance they get.” That’s a great message that should be understood by many.
Good employees find ways to work through problems on their own and don’t have to go to the boss for a resolution. Great employees (and future leaders) do the same while building relationships that foster ongoing collaboration and cooperation.
Great leaders allow their team to identify ways to solve problems, so they have a more vested interest in the outcome and feel they are part of the solution. They allow for growth, innovation, and will nurture communication. Email intimidation is not part of the plan.