There hasn’t been a lot of good news in the auto sector lately, but today’s August results from Ford (F) weren’t as bad as expected. Overall, Ford vehicle sales were down 2.3% during the month compared to expectations for a larger decline of 3.5%. One particular bright spot for Ford was in its sales of F-series trucks which increased 15% over last August’s total. Keep in mind that these are unadjusted numbers that don’t take into account the number of selling days, but regardless, it was the fourth strongest August for F-Series sales going back to 1996 as well as the best August since 2005. 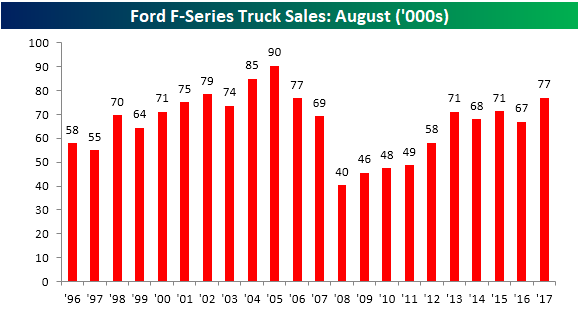 With August’s strong results, total F-Series sales for the year now stand at 576.33K. That’s also the strongest YTD reading through August since 2005 and the fifth best YTD reading through August going all the way back to 1996. We like to track sales of pickup trucks (specifically at Ford) as they are often a sign of strength or weakness in the small business and construction sectors, and based on these numbers from Ford, the small business sector looks strong. 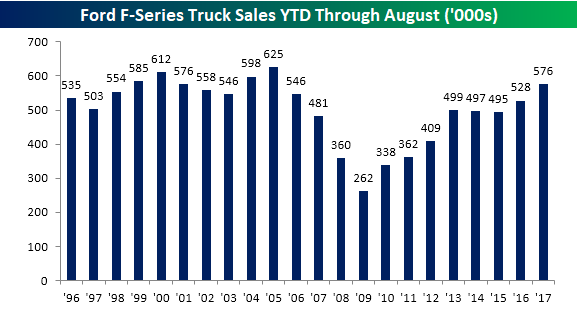 Wait, What?
2014 Is Now The Worst Year For US Macro Data Performance Since 2008
The Flaws In Basic Income For Everyone