The assumption in some quarters is that crypto-currencies will replace gold as money, or at least challenge it. This is an error borne out of a misunderstanding of catallactics, or the theory of exchange. It also ignores the fact that beyond a few European countries and North America, gold is firmly money in the minds of ordinary people. I wrote an article on this subject, explaining why cryptocurrencies are not a new form of money, here.

Anyone reading this article may wish to read my original article first, to understand the true status of cryptocurrencies. I concluded that cryptocurrencies are the purest form of financial bubble in the history of speculation, and will be of great theoretical interest to future generations, just as the phenomena of the Mississippi, South Sea, and tulip bubbles are to us today. I also wrote that

“It’s worth noting that all crypto-currencies together are worth $120bn, with bitcoin $55bn of that total. This is only a very small fraction of cash and deposits worldwide. Therefore, the point where new money to fuel the craze runs out does not appear to have been reached, and could have much further to go.” 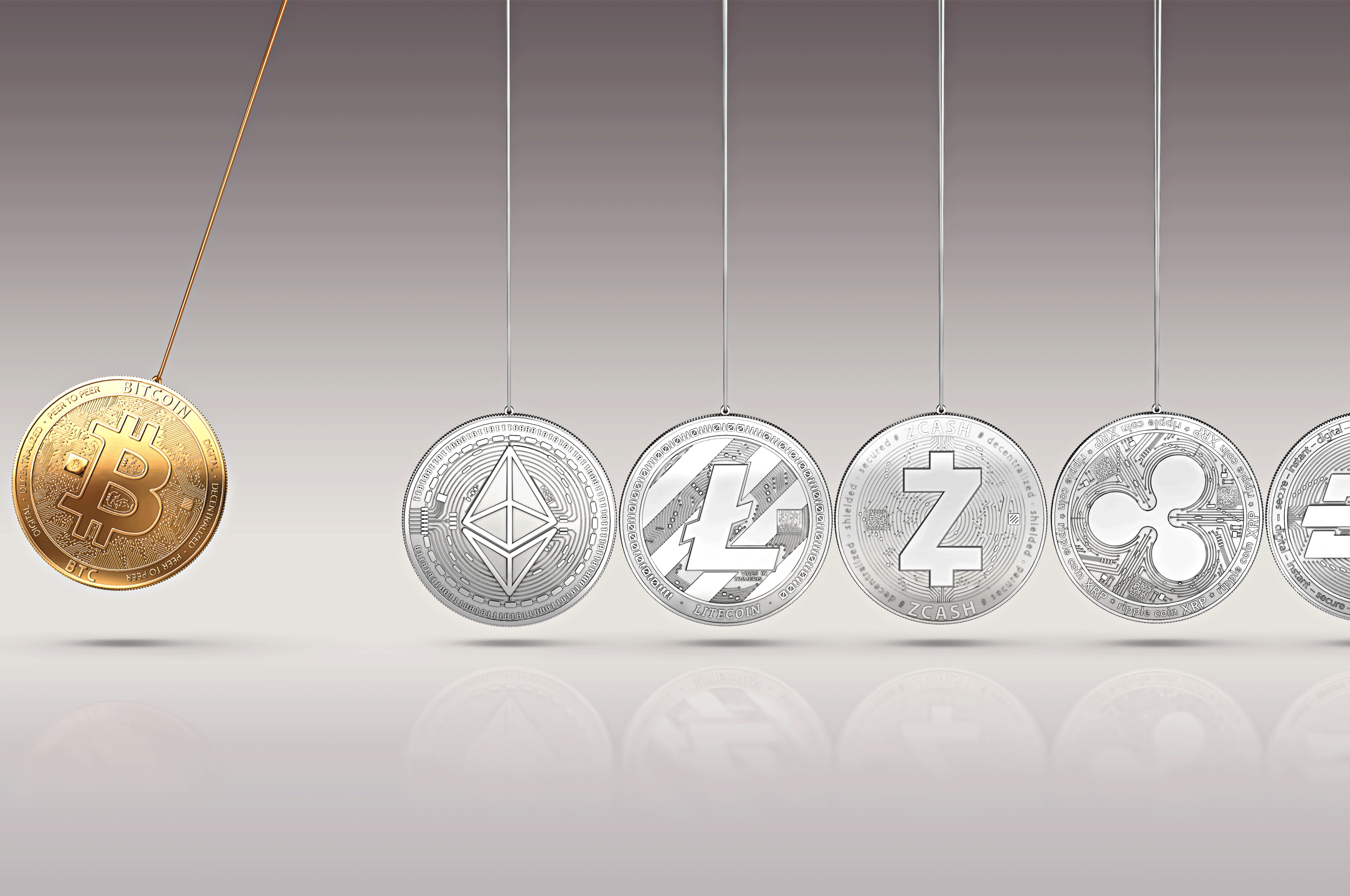 That was in August, when bitcoin was about $3,000 against today’s price of more than double that. In the short-term, all sorts of dubious promoters are sending unsolicited invitations to buy, promising price gains of thousands per cent. It’s a fair bet these promoters own cryptocurrencies themselves, and are puffing their own interest. A failure of the innocent to take the bait in sufficient numbers could easily lead to a sharp correction.

We must look beyond that. This article will examine more closely the dynamics driving bitcoin and other cryptocurrencies, and it concludes that rather than destabilise gold, if the craze continues it is far more likely to destabilise fiat currencies.

But first, we must understand the way bubbles form and progress. A word of caution: what follows is a theoretical description of how bubbles evolve and eventually implode, including the points that may be relevant to cryptocurrencies. Other factors are almost certain to impinge on how prices will progress, not least the underlying dynamics of the global credit cycle engineered by the banking system. On its own, the forthcoming credit crunch, independently from the crypto craze, threatens to be the most disruptive in our lifetime and could easily override the cryptocurrency bubble cycle. This article does not attempt to identify all the risks in this new asset class.

Dynamics of a financial bubble – the initial phase

Bubbles, like markets, tend to run through three distinct phases. The first is the initial move, driven by participants in the know, or by those close to the promotors that initiate a scheme. Sensible, experienced investors become aware early on that prices of a new venture, financial instrument or even a physical item are being inflated, irrationally they believe, so they do not participate. The wider public is generally unaware at this juncture, and many of those that might have taken an early punt will have fallen foul of sharp corrections, counterparty failure, or outright fraud. Consequently, prices are driven in the main by insiders, the earliest adopters, the creators of the new opportunity to make money.

In the case of cryptocurrencies, these are the geeks, and the tech-savvy entrepreneurs who have a good understanding of the dynamics driving values. This has been the cryptocurrency story so far. Bitcoin, the leader in a pack of about 1,000 different cryptocurrencies, has risen from nothing to over $7,000 at the time of writing, in less than a decade.

Already, this is a bubble of near-record inflation. Each bubble has its own characteristics, but this one is special. The invention of blockchain, the self-auditing process central to bitcoin, ensures payments are confirmed and property rights are unarguable. Blockchain on its own could turn out to be one of the greatest financial and technological legacies of our age. The mix of financial and technological elements is the background to cryptocurrencies, a powerful combination, compared with the single dimension bubbles of the past.

The limitation on new supply for individual cryptocurrencies is designed to ensure that increasing popularity drives prices higher. This contrasts with fiat currencies, which through the expansion of credit on an elastic base-money foundation, means the increase of their supply is virtually limitless. The difference between these two characteristics is likely to become increasingly important to future cryptocurrency prices, measured in fiat currencies.

The limitation on new demand has been significant so far, because it has had to overcome some disadvantages. Besides widespread dismissal of the phenomenon by the investment establishment, the market has also been unregulated, and therefore seen as dangerous for investment. Governments have closed bitcoin exchanges under the pretext that cryptocurrencies are being used to evade tax and launder the proceeds of crime. While the technology side of the phenomenon has been advanced and generally competent, financial aspects have been on a scale from amateurish to fraudulent. It has been a modern version of the wild-west, partly driven by anti-government libertarianism.