China Could Deliver Another Blow To The U.S. Housing Market

Home » Finance » China Could Deliver Another Blow To The U.S. Housing Market

The New York Times ran an article on Sunday talking about how the Chinese invasion of U.S. real estate is only expanding.

In the market for homes over $1 million, the Chinese make up one out of every 14 buyers – which is huge. In the top tier markets in San Francisco, Orange County or Manhattan, they can be 50% or more!

In the past year they paid $831,800 on average for an American home for a total of $28.6 billion. That’s more than double their level just two years prior!

As you can imagine, a lot of Americans in these cities the Chinese are buying into aren’t much too happy. With that kind of buying power, they’re jacking up costs across the board. But it gets worse.

69% of their purchases are entirely in cash. Local buyers can’t do that! They have to apply for a mortgage. So they’re pissed off because so many Chinese can close a deal in a weekend.

But we need to consider why the Chinese are trying to get the hell of out dodge in the first place.

Many know like I do that China’s economy is a time bomb, so they’re trying to get their money out – especially before, worst case scenario, the government starts taking it.

Others just want to get their kids into American high schools or colleges to give them a world-class education. And some are just escaping the growing smog!

There’s also the fact that since 2009, U.S. real estate has only become more attractive as Chinese property got more expensive. So this trend of the Chinese buying over here has just accelerated since.

And it shows in the exodus of money coming out of China in the chart below. 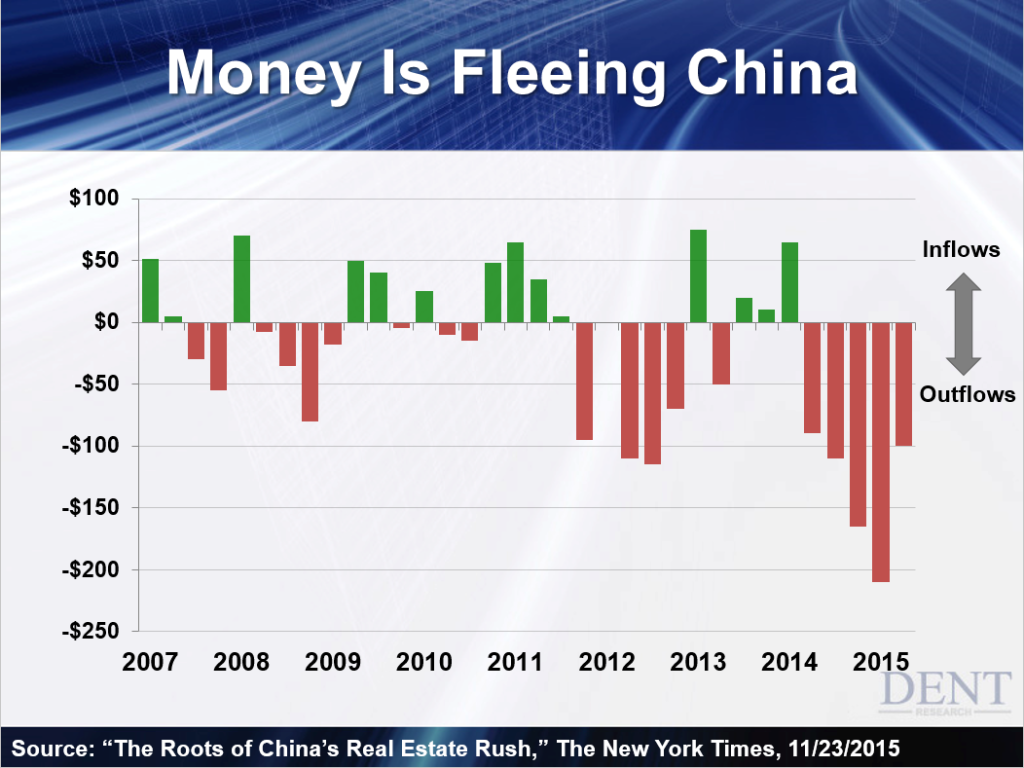