Celebrity NFT projects can go viral helped by their fans and followers and be a good investment for early buyers. We’ll review 3 upcoming celebrity NFT drops to watch in 2022.
Some celebrity NFT collections of 2021 weren’t a great success however and aren’t worth as much today as they sold for back then – such as those minted and released by Hollywood icons like Paris Hilton and Lindsay Lohan, or famous rappers like Eminem and Snoop Dogg. Do your own research and hedge your bets with a diversified portfolio.
Celebrity Backed NFTs to Watch
We’ll also be focusing mainly on celebrity backed NFTs where there’s also a large development team with a background in crypto and non-fungible tokens. Rather than celebrity NFT releases where one celeb launches and leads the NFT project alone.
1. Lucky Block NFTs

Lucky Block has had celebrity backing from Love Island actor and model Jamie Jewitt and on April 20th boxer Dillian Whyte announced he’ll also be joining the Lucky Block army of fans and investors as another official brand ambassador.
Whyte announced that on Twitter to his 358,000 followers ahead of his heavyweight title fight with Tyson Fury at Wembley stadium. Fury himself is also a fan of crypto, promoting meme coin Floki Inu which is planning to launch NFTs, a metaverse game and an upcoming NFT marketplace of their own.
The dual celebrity backed NFT collection from Lucky Block is known as the Platinum Rollers club and is available on new NFT marketplace NFTLaunchpad.com.
10,000 NFTs in the collection were minted in the drop on March 19th, 2022, listed for sale at 3.75 wBNB (around $1500).
Factored into that price point is their utility and use case as according to the roadmap and whitepaper NFT owners will receive exclusive access to daily prize draws for passive income rewards, with higher earnings for rare edition NFT holders.
The project also already established a successful cryptocurrency token LBLOCK which went on a 65x run in Q1 2022. Also backing the NFT collection and the LBLOCK token are CryptoPR, a crypto marketing agency.

according to the roadmap 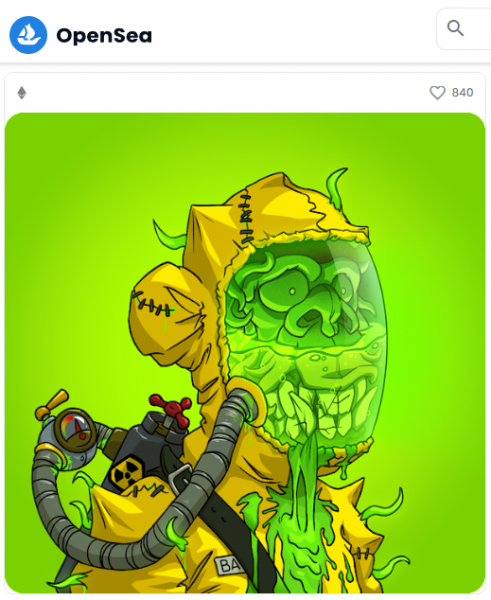 Realistically not many investors will be able to afford to buy a Bored Ape Yacht Club NFT – the flagship NFT collection of Yuga Labs. BAYC hit a new all time high in floor price this week at 125 ETH – meaning the cheapest one can be bought for is about $375,000.
Their Mutant Ape Yacht Club NFT collection is expensive too, also hitting a new ATH floor this week at 33 ETH ($99,000). However there are other ways to piggy back on the success of the #1 and #2 best performing NFTs of all time.
MAYC showed that clones and derivatives of the Bored Apes can still be successful with Yuga Labs at the helm. The leading NFT company also released the Bored Ape Kennel Club, a dog themed NFT with a price floor that’s also been pumping, now at 10 ETH ($29,000).
Everything related to BAYC or Yuga Labs has been pumping lately as their upcoming metaverse ‘Otherside’ is launching soon. The token ApeCoin (APE) pumped over $17 this week when more information about that metaverse was leaked including a Genesis land drop – an airdrop of the first virtual land plots for BAYC and MAYC NFT owners in the virtual world.
APE will be used to power all transactions in that metaverse as its governance token. So when you buy ApeCoin it’s potentially similar to being an early investor in a Bored Ape NFT (which rose over 1500x in valuation since their minting).
Many celebrities have bought Bored Ape NFTs, helping them to rise in value through 2021 and 2022 – including Justin Bieber, Steph Curry, Mark Cuban, Elon Musk, Lil Baby, Jimmy Fallon, Madonna, Gwyneth Paltrow, DJ Khaled, Marshmello, Logan Paul, Serena Williams, Ozzy Osbourne, Wiz Khalifa and Neymar Jr.
<!–esi 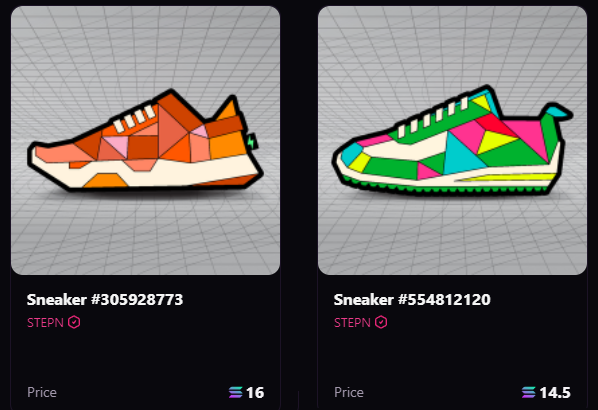 Our third pick is again a mixture between an NFT project and a crypto coin. Recently the top trending crypto asset on Coinmarketcap has been STEPN (GMT), Green Metaverse Token.
The reason for that going viral has been its association with the app of the same name, STEPN – which is a move to earn app where people exercising can earn crypto tokens, once they buy a sneaker NFT.
Move 2 Earn is shaping up to be a new craze as even retail investors who aren’t that interested in blockchain technology still want to make money playing games or carrying out activities online. In this case on their mobile phone with a GPS connection out jogging.
Axie Infinity went on an over 1600x bull run in 2021, the first mainstream play to earn crypto game. The hype over that has died down somewhat, opening up opportunities for new alternative P2E or M2E games and apps to capture some of the market share.
GMT has already put in over 100x gains despite only being on Binance since March 2022. The sneaker NFTs required to be purchased before being able to use the STEPN app have also increased in value. They’ve now hit a 14 SOL floor on NFT marketplace Magic Eden.
So both the value of the GMT coin earned while playing, and the sneaker NFT used to take part, rise over time as the app increases in popularity on the iOS and Android stores and more runners want to earn money.
STEPN are not yet celebrity backed or endorsed – however they have a star-studded line up of venture capital investors who have bought into the project, including Binance Labs, Alameda Research, Sequoia Capital, Solana Ventures, Sfermion and other VC firms. Those are celeb names in the crypto investing world.
Popular DeFi and Web 3.0 writer and researcher
@Route2Fi tweeted to his 227k followers about how addictive the STEPN running app is.

Cryptoassets are a highly volatile unregulated investment product.
Investing in Celebrity NFT Projects – The Verdict
These three celebrity NFT projects have potential to provide a good return on investment (ROI) in 2022 and are all still new in terms of their roadmap and latest updates like the upcoming Yuga Labs metaverse.
They’re all VC and / or celebrity backed NFTs where there’s also an experienced crypto and non-fungible token development team at the helm, and a digital asset related to it (not just NFT celebrity art) – LBLOCK, APE and GMT.
That opens up different low risk ways to invest and more long-term growth.
Their related coins are listed on Pancakeswap, Buy ApeCoin and Binance. They all have a low market cap for crypto assets, all under $5 billion and not yet breaking into the top 30 cryptos by market capitalization.
The NFT collections are available on: