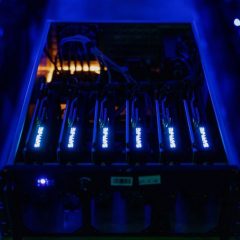 Ether, the world’s second-largest cryptocurrency, has hit an all-time high, catching up with Bitcoin’s rally and riding on news of wider blockchain adoption. The Ether token, which underpins the Ethereum blockchain network, rose on Wednesday to as high as $4,643 in Asian hours, breaching the previous day’s $4,600 and taking the week’s gains to more than 10 percent. In the days since Bitcoin, the world’s largest cryptocurrency hit its record high of $67,016.5 on October 20, other tokens on the base layer of blockchain networks, known as Layer 1 networks, have gathered momentum. Bitcoin (BTC) was trading at approximately $63,078 and is up about 117 percent this year, while Ether is up six-fold. “Since the market reversal at the end of September, Ether’s strength has been moving in stride with BTC and other majors,” said Ryan Rabaglia, the managing director and global head of trading at digital asset platform OSL. “Ethereum has been the clear winner of the Layer-1s for what we believe will be a substantial shift in a potentially prolonged market sentiment uplift. Ethereum will also continue to play a big role in the NFT [non-fungible token] and metaverse ecosystem build-out,” he said. NFTS are a kind of crypto asset that records ownership of digital items The steady stream of news on cryptocurrency adoption by banks, growth of non-fungible tokens on virtual gaming platforms, the launch of Bitcoin futures-based US ETFs [exchange-traded fund] and a need among investors for diversification in an uncertain interest rate environment have pushed […] 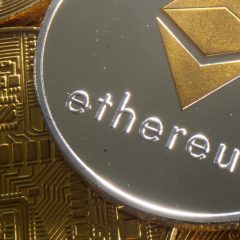 Fans of Ethereum are jumping on the anti-inflation narrative that has been traditionally been one of the main selling points for Bitcoiners. Ether, as the native digital currency of the Ethereum blockchain is known, saw the difference between the number of tokens issued and destroyed turn negative in the last seven days on aggregate for the first time, according to blockchain tracking site watchtheburn.com. The shift comes as Ether outperforms Bitcoin in price appreciation terms this year, even as both cryptocurrencies climb to record highs. The week-long bout of negative issuance has prompted crypto enthusiasts on Twitter to proclaim that Ether is deflationary, and now a possible hedge against the looming inflation that they’ve long warned is coming in the mainstream financial system. Bitcoin has been marketed that way since its inception because it has a hard supply cap of 21 million coins that won’t be reached until around the year 2140. Ether doesn’t have an explicit limit on supply. ETH to surpass gold’s market cap within 5 years. ETH is the world’s most deflationary asset with no supply floor. Both Gold and Bitcoin are inflationary vs. ETH’s reducing supply. — Token State (TokΞnizΞ ThΞ World ΞIP-1559) 🦇🔈 (@tokenstate) October 30, 2021 Ethereum is a deflationary asset. $ETH — Ethersole (💎,💎) (@SickDudeTight) November 1, 2021 But not everyone is so sure the negative issuance changes the traditional theses behind Ethereum and Bitcoin. “We see so much misinformation out there about how Ethereum is deflationary,” said Noelle Acheson, head of markets insights at […] 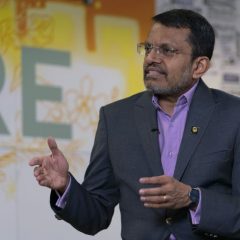 Singapore says embrace crypto or risk being ‘left behind’

Singapore is seeking to cement itself as a key player for cryptocurrency-related businesses as financial centres around the world grapple with approaches to handle one of the fastest-growing areas of finance. “We think the best approach is not to clamp down or ban these things,” said Ravi Menon, managing director of the Monetary Authority of Singapore (MAS), which regulates banks and financial firms. Instead, MAS is putting in place “strong regulation”, so firms that meet its requirements and address the multitude of risks can operate, he said in an interview. Nations differ vastly when it comes to how they handle crypto: China has cracked down on large amounts of activity in recent months, Japan only recently allowed dedicated crypto investment funds – though El Salvador has embraced Bitcoin as legal tender. In the United States, while there are many options for investing in the burgeoning asset class, regulators are concerned about everything from stablecoins to yield-generating products. “With crypto-based activities, it is basically an investment in a prospective future, the shape of which is not clear at this point,” said Menon, who has helmed the MAS for about 10 years. “But not to get into this game, I think risks Singapore being left behind. Getting early into that game means we can have a head start, and better understand its potential benefits as well as its risks.” The stakes are high for the small island nation, which has already earned a reputation as a global wealth hub. Singapore must raise […] 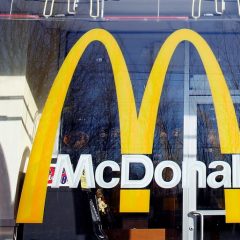 McDonald’s McRib is now an NFT

McDonald’s is creating a limited number of NFTs or non-fungible tokens in celebration of its McRib sandwich’s 40th anniversary. “Our McRib NFTs are digital versions of the fan favorite sandwich – almost as saucy as the McRib itself– and we’re giving them away to a few lucky fans on Twitter beginning November 1,” McDonald’s said in a statement. If you’re sipping your soda and munching on some fries, wondering what on Earth is an NFT and where is my sandwich, you are not alone. The NFTs craze is relatively new, but they have become quite mainstream in that short period of time — as seen in the acquisition of an image collage by digital artist Beeple for $69.3m. Yes, you heard correctly. Nearly $70m. But on what, you ask? Can you hold it? Hang it up? And in the case of the McRib, eat it? NFTs are digital files underpinned by blockchain technology – the same technology on which popular cryptocurrencies like Bitcoin and Ethereum rest. Unlike a cryptocurrency, an NFT is totally unique and the blockchain ledger it sits on verifies who the rightful owner is of that one-of-a-kind item. NFTs cannot be duplicated, which is what makes them desirable. Imagine collecting art, an image or video clip in the digital realm. And get this: In a sort-of-full-circle moment, Sotheby’s sold the original source code for the World Wide Web written by its inventor Tim Berners-Lee for $5.4m in June. i present to u the most important NFT. RT […] 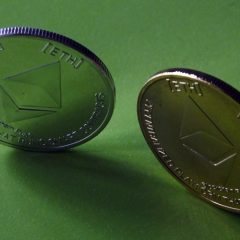 Ether, the second-largest cryptocurrency, soared to a record above $4,400 Friday on bullish sentiment surrounding the most used blockchain network. The digital asset gained as much as 4.8% to $4,459.20, topping the previous record of $4,379.62 in May. The token traded around $4,387 as of 2:41 p.m. in New York. Other tokens including Binance Coin and Solana rallied. Ether is now worth more than $520 billion, according to data from CoinGecko.com. Ether’s latest milestone comes as the digital token has far outperformed Bitcoin throughout this year with a sixfold increase amid surging retail and institutional investor interest in the space. Ether underpins the affiliated Ethereum Network, the dominant blockchain used for thousands of decentralized applications. The system got a further boost this week after a successful upgrade designed to make it faster and more energy-efficient. Outstanding futures in Ether soared to $12.5 billion, exceeding the May peak to notch a new record high, Bybt data show. Similar to Bitcoin, funding rates — or the cost of keeping a bullish bet open — have climbed this month on online exchanges. On CME, the futures curve has also steepened in a sign of optimism over the price trajectory. “On-chain activity metrics for Ethereum appear to have found support and are reaching multi-month highs,” said Sean Farrell and Will McEvoy, digital asset strategists with Fundstrat in a report Thursday. Measures including transaction rate, new addresses and active addresses have shown strong growth this month after suffering declines in May, the strategists said. Meanwhile, some […]